About 25 years ago when I was still driving this car, I decided to take it apart. Mainly since the 4 speed Muncie close ratio transmission was worn out, needing synchronizers in a bad way and a new reverse gear and also because perhaps I realized that if I didn’t take it off the road I would wreck it, get myself killed, or maybe I actually thought I could rebuild it then and get it back together in a short amount of time. (due to a relationship and kids that came about this time, this did not happen !)

So I removed the 327 small block engine which was still running like a beast (the big block 396 had long since been removed) and the tranny. I then took the body off the frame and sandblasted the frame, underneath the car, the front end, and the entire body from about halfway up to bottom since it had some small beginning signs of rust in the lower quarters. I split the lower quarter panels and blasted them inside and out and metal prepped everything, applied primer (which back in those days was only a cheap laquer based primer which the parts that were not painted has not held up, naturally) and then painted everything underneath and the front end, a gloss black with good acrylic enamel. I also sanded the interior metal panels (which were black from someone else’s spray cans) and painted them the factory Marina Blue which still looks great now although this will get repainted so to match the new outside color we will be going with.

Luckily this preserved the underneath and front end of the car and kept that from rusting as it is still shiny as it was then, however the sandblasting of the outer lower panels, having only covered them with inferior primer, and them being exposed where the tarp did not cover, have rusted through and will cause more work now. This is a bit of explanation as to why you are not seeing the ‘frame off’ part of this procedure. The only picture that was taken of the car back then just prior to the engine being removed is seen here (please ignore the young skinny dude (me) with the ‘Link from Mod Squad’ 70`s afro and go cart to see the car, also notice on right hand side, a white 1967 Chevelle Malibu bought new by my mom that I later totaled) : 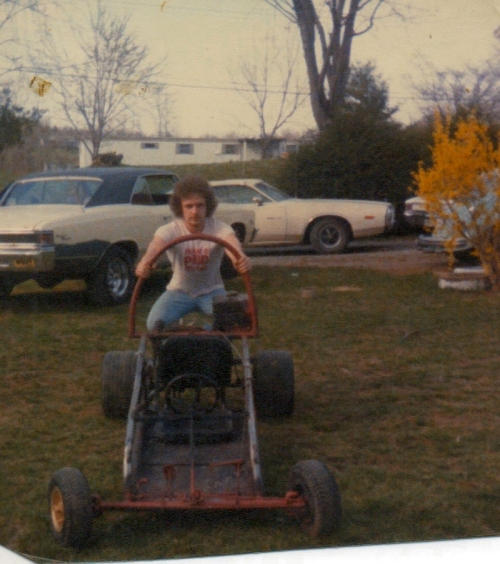 Now back to the project !

The next thing was to remove the vinyl top (Thanks to my daughter Rita for her help!) : 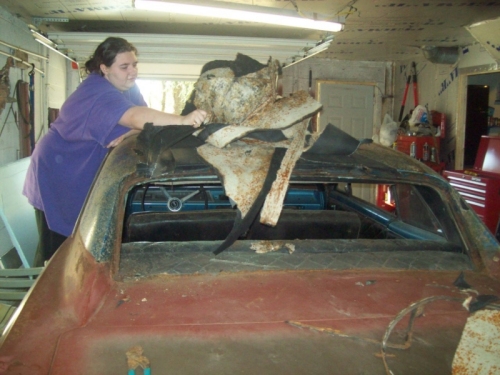 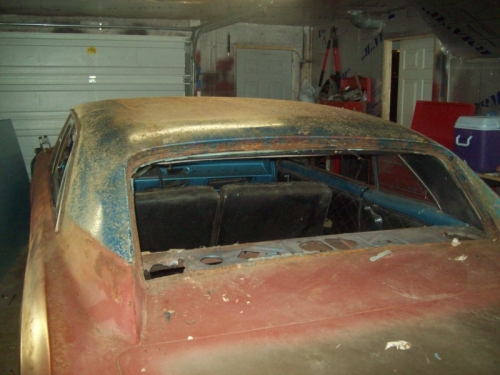 Then closer inspection of the front and rear window tracks could be done: 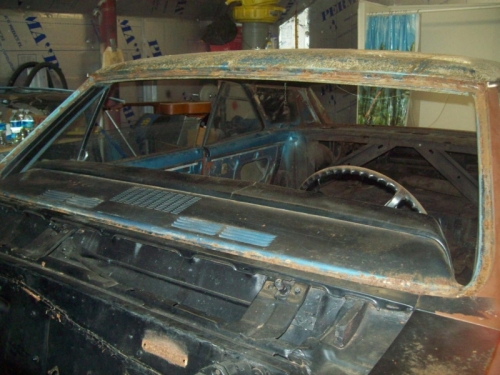 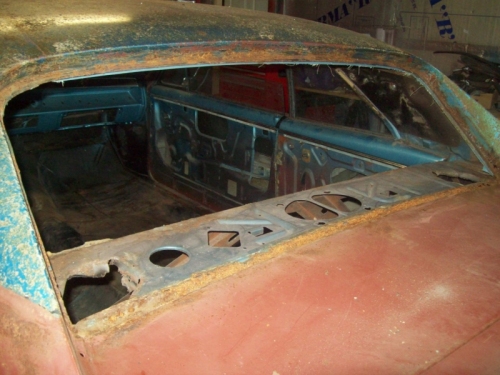 As you can see the front is fine but the rear one has rusted out (very common with this model) and will need that area replaced with a new rear deck panel: 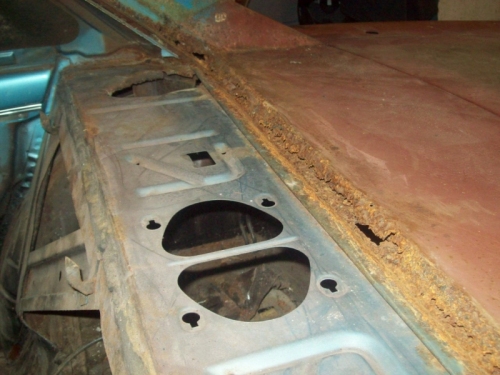 Removing that panel is a slow and tedious job. Drilling out all the panel welds and carefully cutting it out as to not damage the support panel underneath or any of the mounting areas that will be needed for the new panel. First I air chiseled the main part of it off: 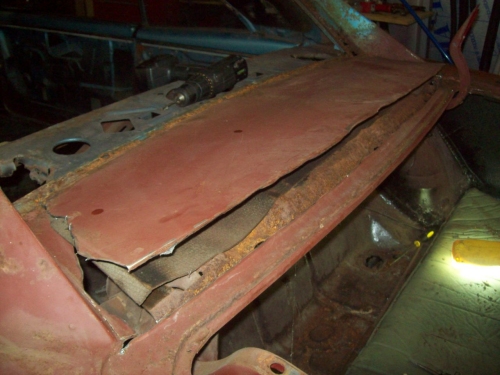 Then started drilling panel welds and trying to get the remaining lips and edges removed: 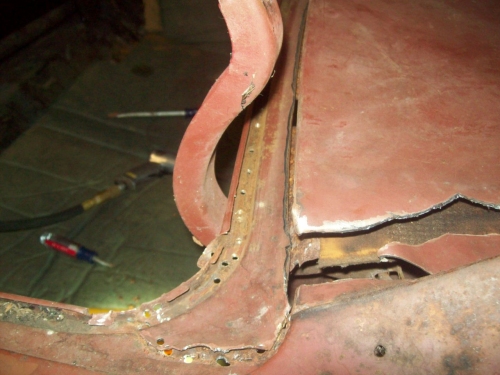 This proved to be not so easy and you must be careful as not to cut your self as I did on this razor sharp edge about where the screwdriver is pointing to! : 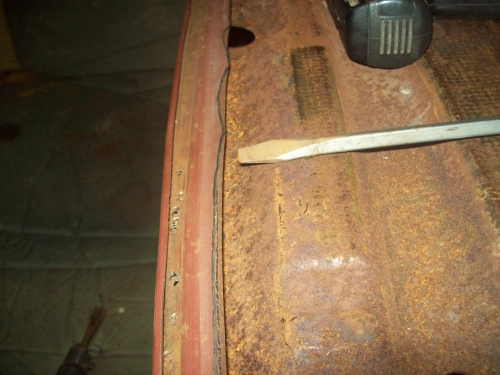 I finally managed to get it out !: 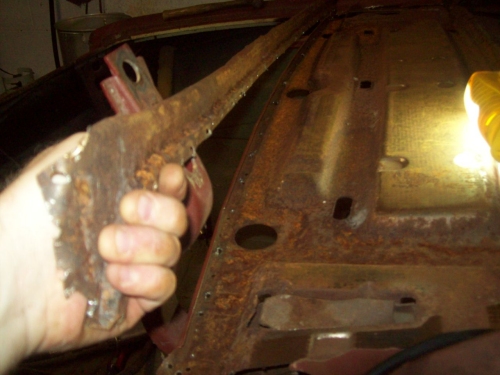 Once the panel was removed you could see the factory insulating layer: 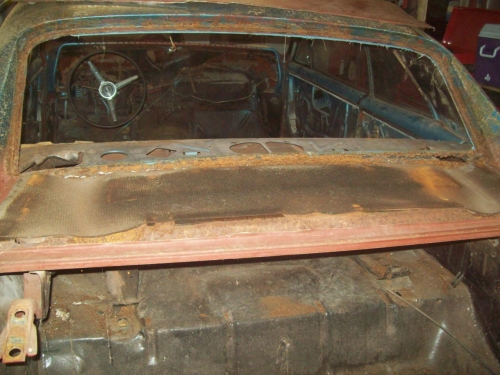