I acquired this dune buggy sometime in the 80`s from a friend of mine who spent a lot of time and money building it and simply just got tired of it and wanted my motocross bike instead ! we did some trading and I have been the proud owner of it ever since. I got years of fun out of this thing, but due to life’s changes it ended up being parked for a year or two and of course we know how bad that is on anything mechanical. The brakes were the first thing to go, despite being in fine shape to begin with, after sitting all wheel cylinders had to be replaced then due to not being able to finish the project, they had to all be replaced once more along with all new brake lines, master cylinder, hubs, and shoes, along with all new springs and brake parts. Once this was done it was discovered that the fiberglass gas tank was somehow leaking down the inside firewall into the area where the clutch and brake pedals are. I did not want to use an external gas tank so I did some fiberglass work and repaired the leak, so far so good. Unfortunately I did not start taking pics until then so this is all I have. 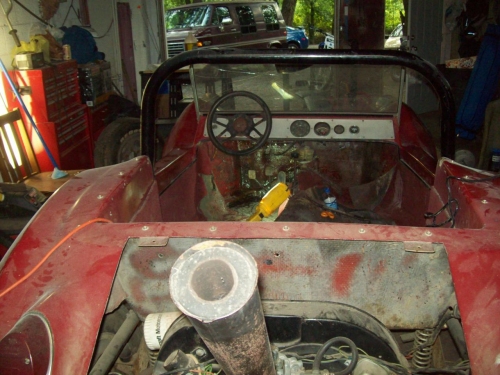 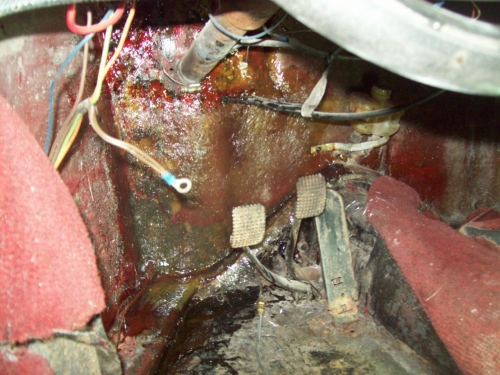 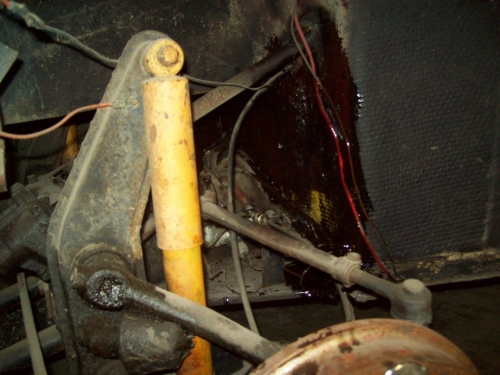 Had to remove the seats and carpet which reveled a rusty area on the right rear side: 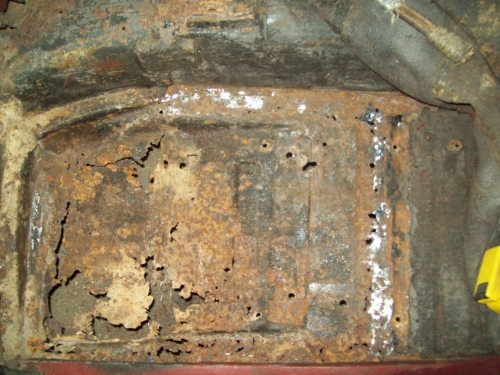 This required a new panel: 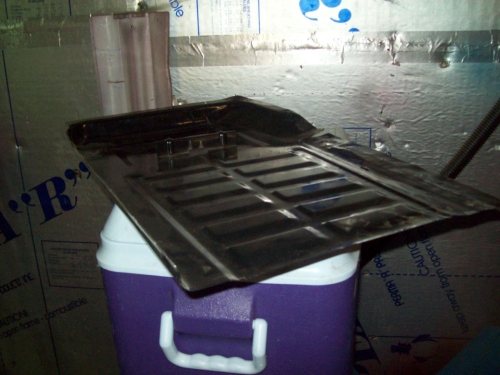 Had to cut some metal and do some fabrication work to retro-fit it: 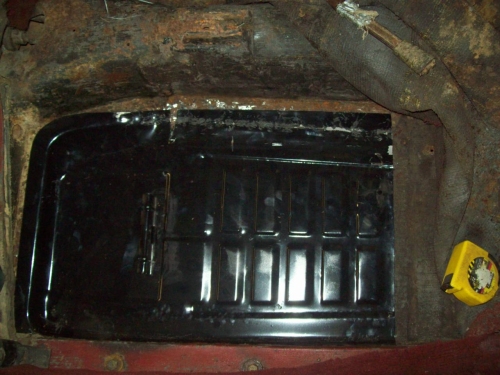 I did fiberglass the rusty area prior to replacing the metal, but didn’t get any pics 🙁

Once all that was done, I replaced the old carpet: 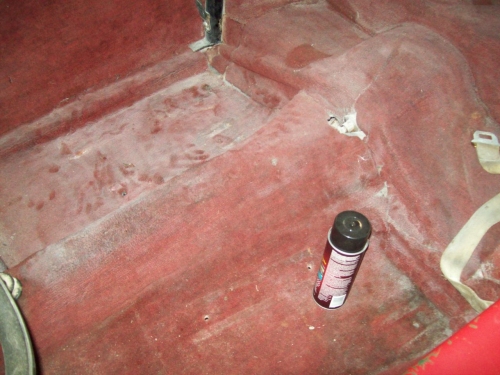 I had to destroy the seat mount bolts taking them out so all that had to be replaced and all new holes had to be drilled for them. 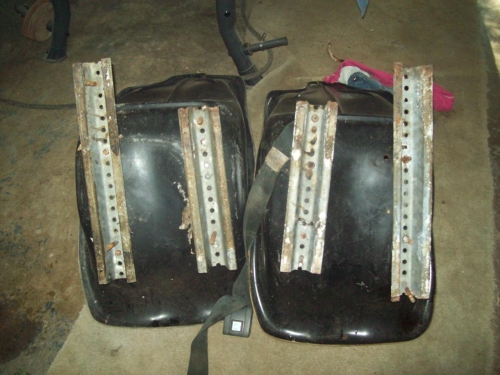 Seats back in with covers on: 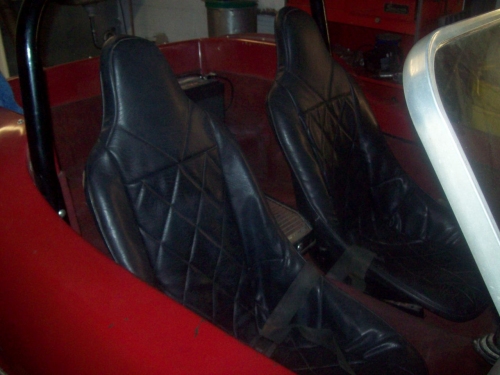 I had a problem finding all my old ET style uni-lug bolts and offset tapered washers, and they were rusted as well, and it took me awhile to locate some new ones but thanks to MO in LA (look for him on Ebay) I now have all new ones: 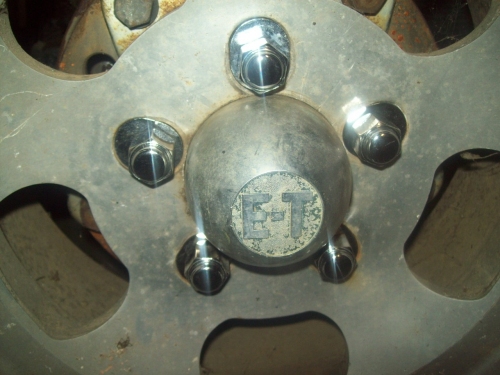 The switch had already been replaced prior to when it was parked but for some reason (Made in China) it needed a new one. It also did not work properly (Made in China) so I got a better one (Made in USA) and it is doing fine: 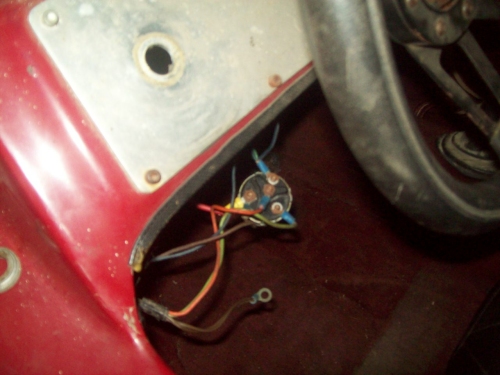 It fired right up but had some ignition issues (old points style) which I had no time for, so I replaced the distributor with a brand new hi-perf electronic one along with a new super coil and it is now running like a scalded dog again!

It now has a new home under the porch: 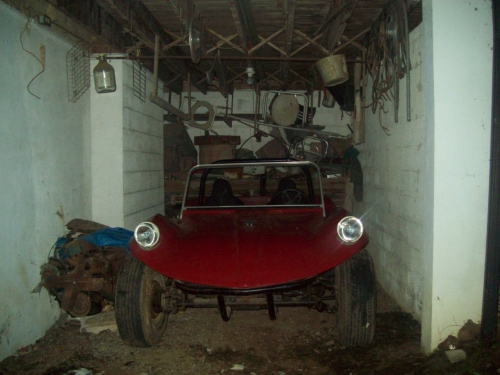